It’s true. This past Tuesday I checked my personal email after lunch and found a note from Mike R. who lives in the Kansas City area. I believe it was sent the day he launched his very own Sjogin named Gramercy, faithfully building to Paul Gartside’s Plan #176. This is the gaff sloop version that Paul drew. Mike used traditional construction, with steam bent oak frames and cedar planking. And she has a topsail! And to top it all off, this is the first boat he has built.

That I’m shocked is to put it mildly. I know of several smaller versions under way and perhaps, as Mike has done, the full size version is being built somewhere, but this is Sjogin’s first sistership to my knowledge. Mike started in 2011, shortly after the plans were available. He said he built Gramercy “referencing 8 books, the internet, and the kindness of strangers”. He also mentioned auditing the WoodenBoat Forum and Hove to off Swan Point.

So here is Gramercy, Sjogin’s first sistership. I think Mr. Gullberg would be happy. I certainly am. 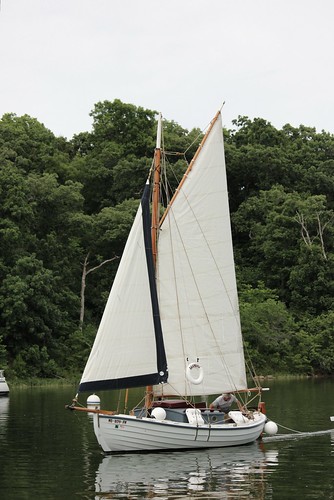 He she is on what is probably her maiden sail with the proud builder at the helm. This happy Skipper sure is. She has traditional canvas decks and the same toe rails as her very older sister. 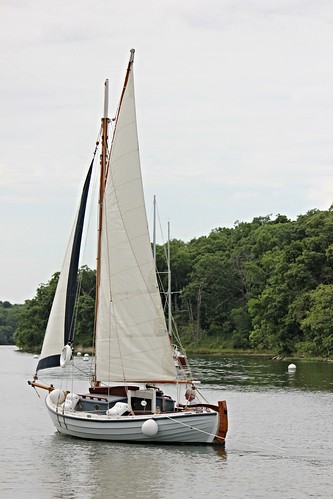 That stern looks familiar. I find it hard to believe that the lines taken off Sjogin and faired by Paul Gartside have resulted in this little gem. 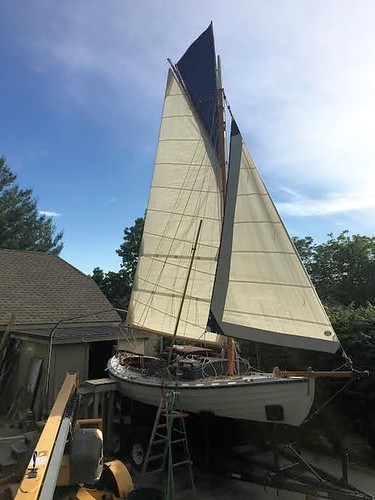 Here she is in a driveway, setting up the rig. Note the topsail! Just think of the strings to pull. The sails are by Carol Hasse, the bronze work by Port Townsend Foundry and R&W Rope helped with the rope work.

I’ll have some more photos soon, all of which were provided by Mike.

After a decade of of asking the world if anyone knows of Sjogin’s origins, I’m no closer to an answer but now know she’s well worth at least one copy.

One added benefit of building a copy of Sjogin is that it entitles you to an afternoon hove to off Swan Point in the original.

Thanks again Mike, you certainly made my day. 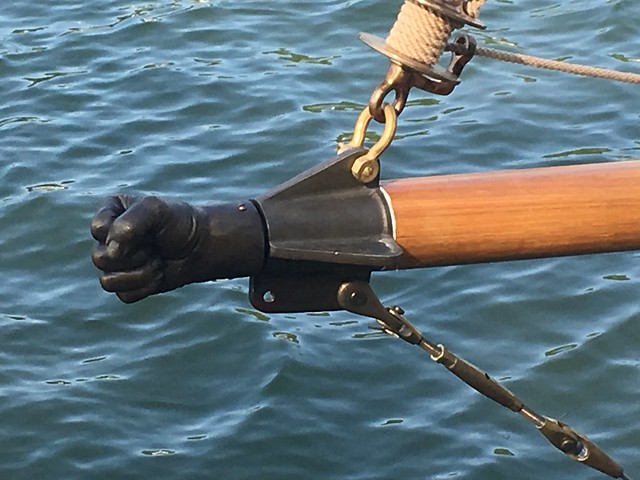